Fan creates his own Diagon Alley in his garage

Jonathan Chambers could be just one more Harry Potter fan among million of them, but a request made by his daughter during Halloween made him convert his garage into Diagon Alley.

The project, located in Seattle, USA, was finished with the help of neighbors and, besides receiving hundreds of visitors every day, it has already raised thousands of dollars in donations for pancreatic cancer research. 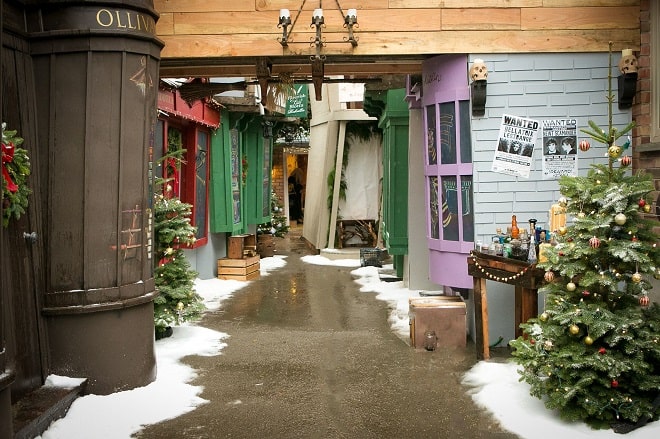 I knew it would be popular in the community, but I didn’t realize it would get the worldwide support it’s getting. It’s insane.”, told Chambers to MuggleNet website.

Due to the limited space where it was built, the Diagon Alley Project will be moved to the Camp Korey, an institution which aims to create a safe place for children and families who live in serious health conditions. The expanded area will be financed by a campaign on GoFundMe, and the effort of volunteer neighbors. Among the expected additions, is the Florean Fortescue’s Ice Cream Parlor, Weasleys’ Wizard Wheezes and the entrance to Knockturn Alley.