The release of Hogwarts Legacy, the long-awaitedHarry Potter RPG, has been postponed by a year, according to the game’s producer, Portkey Games.

The release date had not been announced, but was promised for 2021. With the change, the game will not be made available to fans until 2022.

This is not the only release in the Harry Potter universe that has been postponed. Fantastic Beasts 3, which takes place in Brazil, also had the premiere rescheduled for 2022 after the departure of Johnny Depp from the cast.

The game will be available for PlayStation 4, PlayStation 5, Xbox One, Xbox Series X and PC.

Hogwarts Legacy and fans’ dream for an RPG

The trailer for Hogwarts Legacy, unveiled in September 2020, has piqued interest from fans, who have been waiting for an open world game for two decades.

In Hogwarts Legacy, players will take part in an unprecedented adventure before the arrival of Newt Scamander and Harry Potter at Hogwarts School of Witchcraft and Witchcraft.

The protagonist of the game will be a student accepted late at Hogwarts. Shortly after arriving at the castle, the player will discover that he holds an ancient secret that threatens to destroy the Wizarding World.

During the game, you’ll be able to cast spells, engage in duels, make potions, and deal with magical creatures, from scary dragons, trasgos and erumpentes, to cute calves in love.

In 14 years, a lot has changed. Less our willingness to discuss Harry Potter and its complexities. Books and films were released years ago – some decades ago – but there is still much to discuss.

Wizard’s Semanár io can be listened to for free on Spotify, Deezer, Google Podcasts, Apple Podcasts, RadioPublic, Pocket Casts and Breaker, as well as YouTube.

Mads Mikkelsen: Find out who he is – the actor chosen to replace Johnny Depp in Fantastic Beasts 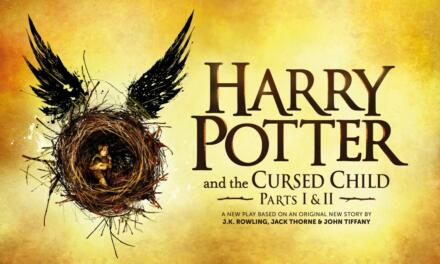