Newt and Dumbledore are together in new photos from Fantastic Beasts: The Crimes of Grindelwald

Published by Entertainment Weekly, the first of two new photos from Fantastic Beasts: The Crimes of Grindewald, shows the protagonist Newt Scamander (Eddie Redmayne) in a tunnel in the sewer system. The second photo is from backstage and shows a conversation between the actors Eddie Radmayne and Jude Law, who plays Albus Dumbledore in the film. 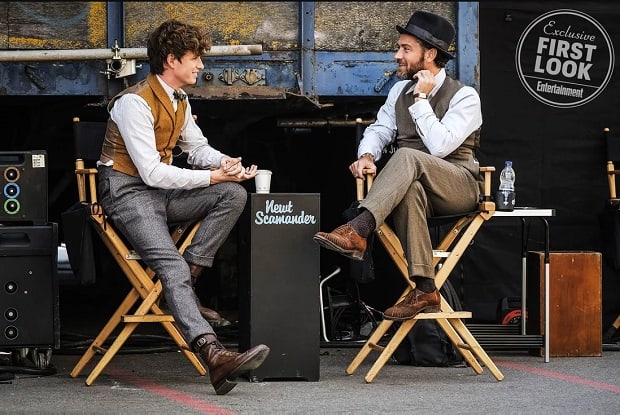 Written by [J.K. Rowling] and directed by [David Yates], Fantastic Beasts: The Crimes of Grindelwald hits theaters on November 16th , 2018. The follow up is set in New York, London and Paris and might have references to the Harry Potter stories. A few months after being captured, Grindelwald makes a dramatic exit from MACUSA and starts gathering followers to the wizard supremacy cause. With Newt Scamander’s help, the only one able to stop him is Albus Dumbledore, a Hogwarts Professor. In an era darker day by day in the wizarding world, the characters will face dangers capable of testing their loyalties.